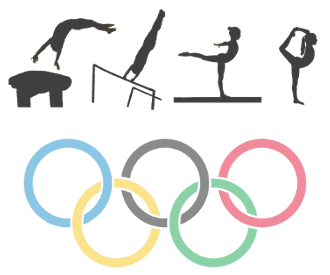 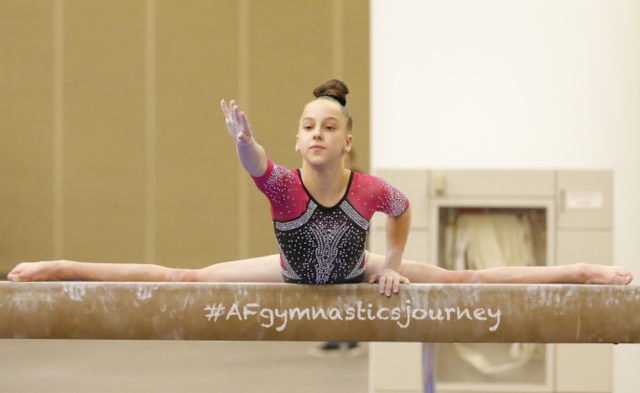 Hello everybody, my name is Ariana. My gym sisters and coaches call me Ari. I started gymnastics in October 2016 when I was eight years old. It all started after my Mom brought me to an open gym at Elite Gymnastics. After an evaluation and several months practicing with the Excel bronze team, I was invited to join the JO Level 3 team. I had a great first year of competition at Level 3, winning the All-Around 2017 State Championship meet for my age division. In the summer of 2018, I moved gyms. I tried out for and began training Level 4 at Twin City Twisters, in Champlin, MN (view video). Home of World Champions Maggie Nichols and Grace McCallum. Grace is also an Olympic Silver Medalist as a member of Team USA at the 2020 Olympic Games in Tokyo Japan. My 2018-2019 season was an amazing and very challenging year. It started with me competing Level 4 as a Twister. Once again I won the All-Around State Championship, earning Gold on Bars, Beam, and Floor. Several weeks later I was asked to practice with the Level 7 team to be evaluated to see if I could learn the skills and routines and be ready to compete with the Level 7 optionals team. The eval went well, I tested out of Level 5 and made the move to Level 7. With three months and three meets to prepare for the State meet I placed 6th All-Around, earning Gold on Beam and Silver on Vault and Floor. The 2020 season found me moving to Level 8… [more about Ariana]